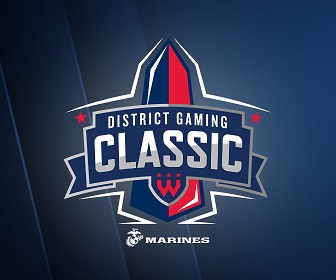 The five players from the winning team on each console tournament will be become Draft Eligible, pending approval by the NBA 2K League, and be entered into a first-of-its-kind draft combine in February. Additionally, one player from a non-winning team in each console tournament will be selected to receive a “Prospect Badge” and be entered into February’s draft combine. A key member of this season’s NBA 2K League Champion Wizards District Gaming team, Just_Awkward, was a finalist in the 2019 District Gaming Classic.

“One of the biggest drivers of success in Wizards District Gaming’s championship season this year was competition for places in the lineup,” said Andrew McNeill, Director of Esports at Monumental Sports & Entertainment. “We’re excited to bring back the District Gaming Classic this year where draft hopefuls can compete for the opportunity to advance through the NBA 2K League Draft Prospect Series and make it one step closer to getting drafted into the NBA 2K League.”

“Both the Marine Corps and Wizards District Gaming possess an unyielding spirit and a determination for overcoming any challenge set before them,” said Major Evan Fairfield, Commanding Officer of RS Frederick. “The U.S. Marine Corps is proud to partner with this year’s NBA 2K League Champions in hosting the District Gaming Classic. We are excited to take part in creating this highly competitive regional tournament.”

The District Gaming Classic will be hosted on the Rival Games platform. Rival’s technology provides organizations the ability to manage their own custom-branded gaming community. Wizards District Gaming fans will be able to join the community and compete against each other in different gaming titles for rewards points, as well as participate in additional tournaments that Wizards District Gaming will host throughout the year.

Full rules and regulations for the District Gaming Classic can be found at: https://wizardsdg.nba.com/news/district-gaming-classic-rules-and-regulations/

About the United States Marine Corps

The United States Marine Corps is America’s foremost expeditionary force in readiness. Since 1775, we have been devoted to winning battles and developing quality citizens. Through our core values of honor, courage, and commitment, the Marine Corps is prepared to respond to any threat and is dedicated to defending the ideals that frame this Nation.  Every Marine possesses the fighting spirit necessary to win and uphold this promise. To learn about becoming Marine, please visit www.marines.com.

Rival provides a first-of-its-kind, enterprise SaaS solution that empowers companies and organizations to leverage the popularity of gaming and esports to acquire new customers, drive engagement, build a loyal community around their brands, and create new revenue streams. Through its proprietary technology, Rival opens up the thrilling world of gaming to the massive global audience of casual gamers and offers organizations a turnkey, gaming platform to engage that audience with branded virtual tournaments and recreational competitive play. For media inquiries, please contact media@gorival.com | www.gorival.com