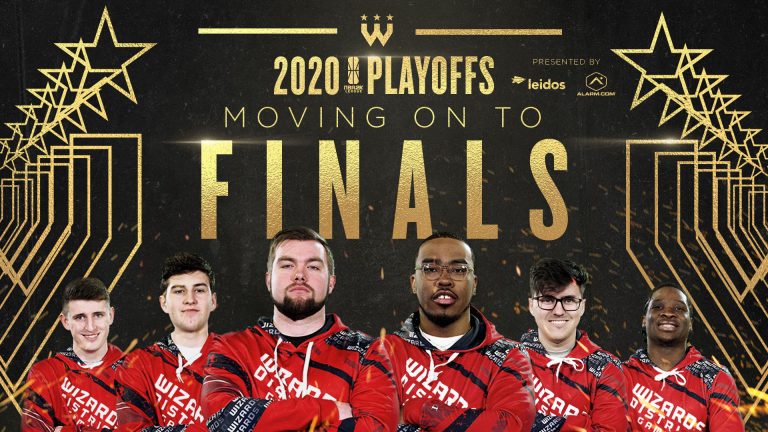 Game will be Streamed on Twitch and YouTube and Broadcast on ESPN 2 on Friday, August 28 at 7:00 p.m. ET

“It is our mission at Monumental Sports & Entertainment to drive towards a championship in every sports league that we play, so we could not be more proud that our Wizards District Gaming team has achieved this point within the NBA 2K League,” said Zach Leonsis, Senior Vice President of Strategic Initiatives for Monumental Sports & Entertainment and General Manager of Monumental Sports Network. “We have long believed in the high growth opportunity that esports provides our business, and also appreciate the amazing power that esports has to organically convene massive communities online. We are so excited to watch Wizards District Gaming compete for a NBA 2K League championship win and deliver world-class entertainment for our fans in Washington, D.C. and across the greater Mid-Atlantic region.”

Wizards District Gaming (WDG) was one of the 17 original NBA 2K League teams when the league launched in 2018. The league, which has experienced tremendous year-over-year growth online and added linear viewership this season, expanded to 23 teams this season.

Arriving at the Finals in only its third season, WDG closed out the 2020 season with a franchise-best record of 13 wins and only three losses. On its road to the Finals, WDG overtook Kings Guard Gaming in a 2-0 sweep in a best-of-three series in the quarterfinals. Continuing that trend in the semi-finals, WDG took on the first-ever, undefeated regular-season team in the league’s history, Raptors Uprising Gaming Club. WDG upset Raptors Uprising in a 2-0 sweep to make it to the NBA 2K League Finals, presented by DoorDash.

“We’re incredibly proud of the season Wizards District Gaming has had so far this year,” said Andrew McNeill, Director of Esports for Monumental Sports & Entertainment. “Being able to go from preparing to begin the season in-person at the NBA 2K League Studio in New York City to ultimately playing the entire campaign remotely from their individual apartments, the players have shown an incredible resolve to play at such a consistently high level en route to the NBA 2K League Finals. We couldn’t have asked for better representatives of Monumental Sports & Entertainment as they’ve competed with equal levels of class and ferocity.”

The NBA 2K League features the best NBA 2K players in the world. Each club hosts a roster of six gamers as part of its team that competes as unique characters in 5-on-5 play against 22 other teams in a mix of regular-season games, tournaments, and playoffs. This year’s WDG team line-up includes two veteran players from last season, Dayfri (Ryan Conger, Center) and ReeseDaGod (Maurice Delaney, Shooting Guard/Small Forward). The number one overall draft pick from the 2020 NBA 2K League Draft, JBM (Jack Mascone, Point Guard) proved to be a powerful addition to the team. Rounding out the lineup are Just_Awkward (Justin Howell, Shooting Guard/Small Forward) and two power forwards in Newdini (Antonio Newman) and BRich (Brandon Richardson).

“Going from adding four new players in the offseason to making the NBA 2K League Finals is amazing,” said Patrick Crossan, Team Manager, Wizards District Gaming. “We’re really proud of how this season has gone for us. A championship can be a once-in-a-lifetime opportunity for some players and organizations. We’re going to go into the NBA 2K League Finals with everything we’ve got.”

In a normal season, games are played in-person at the NBA 2K League Studio in New York City. This year, due to the COVID-19 pandemic, the entire season transitioned to remote play with players competing from their individual home markets. Viewership options expanded during this time, with audiences able to enjoy the sport online through Twitch and YouTube, internationally via Sportsnet in Canada and on delay through eGG Network in Southeast Asia, as well as through new broadcast partnerships nationally with ESPN 2 and locally on NBC Sports Washington for the WDG games.

Fans tuning into the game on Friday will have some exciting dynamics to witness: Dayfri is renowned as one of the best players in the league but had never qualified for the playoffs until this season. He is a finalist this year for both NBA 2K League MVP and Defensive Player of the Year. Newdini makes his second straight appearance in the NBA 2K League Finals, delivered by DoorDash, the first player in league history to make multiple appearances in the championship. Newdini was a member of the 76ers Gaming Club that lost to T-Wolves Gaming in the 2019 NBA 2K League Finals. JBM is a finalist for the NBA 2K League’s Rookie of the Year Award and could become the first #1 overall pick to win the NBA 2K League title.

To celebrate the tremendous accomplishments of the team to date and focus fan enthusiasm on the championship game on Friday, franchise owner of Wizards District Gaming, Monumental Sports & Entertainment, will light up video boards across the exterior of Capital One Arena with messages of congratulations for the team on making it to the Finals and reminding fans to tune in either on Twitch, Youtube or on ESPN 2 to watch. They will also use multiple social media channels to promote the game – including posts from star players from across Monumental Sports & Entertainment’s other professional sports teams. Fans will have an opportunity to tune in to a specialty-produced Pre-Game Show, presented by Alarm.com and Leidos, beginning at 5:00 p.m. ET at www.twitch.tv/wizardsdg.