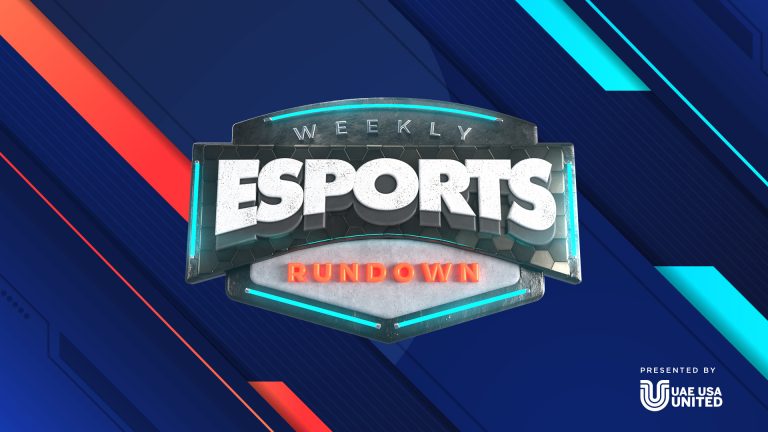 Monumental Sports & Entertainment (MSE) today announced the launch of its new show dedicated to esports, “Weekly Esports Rundown.” This unique programming dedicated to the expanding world of esports will bring viewers the latest news, highlights and inside information from all corners of the esports ecosystem and will be presented by UAE-USA United. Episodes focused on the NBA 2K League will be presented by both UAE-USA United and Bud Light.

“As an organization that has made numerous investments in esports over the past five years, we continue to feel strongly about this industry’s bright future as a next-generation form of live entertainment,” said Zach Leonsis, Senior Vice President of Strategic Initiatives for Monumental Sports & Entertainment & GM of Monumental Sports Network. “Between our investments in Team Liquid, and our own Monumental properties Wizards District Gaming and Caps Gaming, we feel the time is right to produce more programming that highlights the best performances across the entire world of esports.”

The first episode will publish on Tuesday, July 28, 2020, and will feature highlights and perspective on the North American League of Legends Championship Series, NBA 2K League, and the Overwatch League. The show will be hosted by Brady Beck, a leading voice in the world of esports.

The “Weekly Esports Rundown” can be found on Twitch at http://twitch.tv/TheEsportsRundown or by following @esportsrundown on Twitter, @esportsrundown on Instagram and The Weekly Esports Rundown Facebook. The series will publish a new episode each week covering eight of the top esports scenes in the world. Those will provide continuing coverage of League of Legends, the NBA 2K League, the Overwatch League, DOTA 2, Counter-Strike: Global Offensive (CS:GO), Rocket League, Super Smash Bros., and Fortnite.

About Monumental Sports & Entertainment’s Esports Practice
Monumental Sports & Entertainment (MSE) has expanded its ownership of franchises within the NBA and NHL leagues to include esports verticals in recent years. The expansion into the growth market of gaming was a natural evolution of MSE’s commitment to investing in innovative competition. By bringing together unique audiences and fostering a sense of community around sports, MSE remains committed to delivering excellence to fans in sports they already follow – and present those on the next frontier.

About UAE-USA United
The UAE and US have shared values and common interests – and that includes a passion for gaming. This partnership is about increasing cultural understanding and showing that esports really are “E for Everyone”—all ages, all cultures and all nations across the globe.