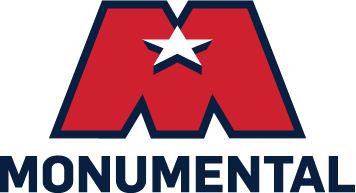 WASHINGTON, D.C. – Monumental Sports & Entertainment (MSE) today announced its latest offering to engage fans and build excitement for Washington Capitals and Wizards games with a “Virtual Gameday” pre-game show, available on the team’s social media channels by noon on the days of play. The series will kick off as the Washington Wizards begin their “Power To The Playoffs” presented by WGL today and the Washington Capitals begin their “Soar to the Playoffs” presented by Boeing on Monday. Both teams’ programs will feature an innovative mix of insightful analysis and entertainment-driven, interactive content that all Capitals and Wizard fans can enjoy.

“We are excited to have our teams playing again and so are our fans,” said Hunter Lochmann, Chief Marketing Officer, MSE. “During these past 4+ months, we have seen how our digital channels have been the heartbeat of our brand conversations with our fans and we wanted to build on this virtual connection and provide access to original content now that play has resumed.  We are excited to launch ‘Virtual Gameday’ as a great compliment to how fans get ready for their team’s games.”

Episodes run approximately 15 minutes and will be featured on Capitals’ and Wizards’ Twitter and Facebook pages as well as on Monumental Sports Network by noon each gameday.  The show on the Capitals side will be hosted by Capitals Digital Correspondent Taryn Bray and Capitals Radio Host Ben Raby. The Wizards’ show will be presented by Monumental Sports Network’s Dan Nolan and Wizards In-Arena Host Britt Waters.

Show segments for both teams’ programming will include: