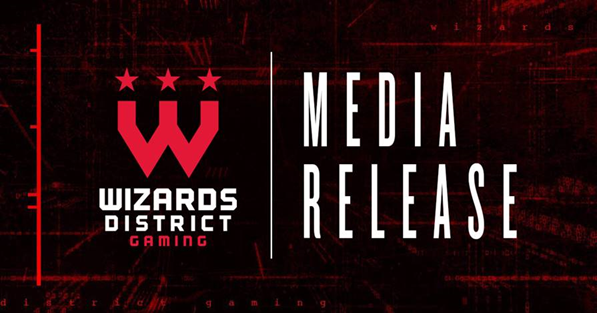 Team opens against Raptors Uprising Gaming Club on Wednesday, May 6 at 9pm ET and will play eight games across the six-week start

In response to the nationwide coronavirus outbreak, the first six-weeks of the fourteen-week regular season will be played remotely. The schedule for the rest of the season will be released by the NBA 2K League at a later date.

Within the first eight games of play, two will be highlighted by the NBA 2K League as its “Game of the Week,” which brings added promotion by the League and will be the only game being played live across the League. The first will be on Friday, May 8 against Magic Gaming and the second will be on Friday, June 5 against Jazz Gaming. Both games will be begin at 9:30pm ET and will be broadcast on the NBA 2K League’s Twitch (http://twitch.tv/nba2kleague) and YouTube (http://youtube.com/nba2kleague) channels.

“We are thrilled to finally announce our live game schedule for the first six weeks of play of the NBA 2K League regular season,” said Zach Leonsis, Senior Vice President of Strategic Initiatives for Monumental Sports & Entertainment & GM of Monumental Sports Network. “At Monumental, we aim to deliver best-in-class live experiences, compete for championships in every sport we play, and support our great community in the District of Columbia, Virginia, and Maryland. We are excited to compete for a playoff spot and make our community proud.”

“We’re so excited to begin the Season 3 of the NBA 2K League, said Andrew McNeill, Director of Esports, Monumental Sports & Entertainment. “The best NBA 2K players in the world compete at the highest level in the NBA 2K League and we’re proud to be a part of it. We feel like the roster that we’ve assembled this year is one that can contend for a championship and we can’t wait to watch it all play out live every week.

The NBA 2K League has enjoyed steady year-over-year viewership growth and expects to continue its rapid ascension through its third season of play. Monumental Sports & Entertainment has established itself as a leader in esports, having invested in a variety of esports and gaming related businesses over the past five years. Monumental Sports & Entertainment is a proud investor in endemic esports organization, Team Liquid, and has also launched a first-of-its-kind esports sub-brand for the NHL’s Washington Capitals called Caps Gaming.

“The team and I are ready and primed to start playing our scheduled games,” said Patrick Crossan. “We’ve had some success in the preseason – winning the Spring 16 tournament – and are looking forward to that translating to winning in the regular season. I’ve been very proud of how our players have handled themselves in scrimmages and film sessions. We all have high expectations for the team and now it’s about just going out there and playing 2K.”

For more information about Wizards District Gaming and for updates on the schedule, please visit: www.WizardsDG.com

ABOUT THE NBA 2K LEAGUE:
The NBA 2K League, a professional esports league co-founded by the NBA and Take-Two Interactive Software, Inc. (NASDAQ:TTWO), launched in 2018 and features the best NBA 2K players in the world. Each of the league’s 23 teams features six players who compete as unique characters in 5-on-5 play against the other teams in a mix of regular-season games, tournaments and playoffs. NBA 2K League partners include Anheuser-Busch, AT&T, Champion Athleticwear, Facebook, GameStop, HyperX, Panera Bread, Raynor Gaming, SCUF Gaming, Snickers, Stance, Twitch and YouTube. For more information about the NBA 2K League, visit NBA2KLeague.com.