What’s happening to today’s cable bundle? And a look at what’s next… 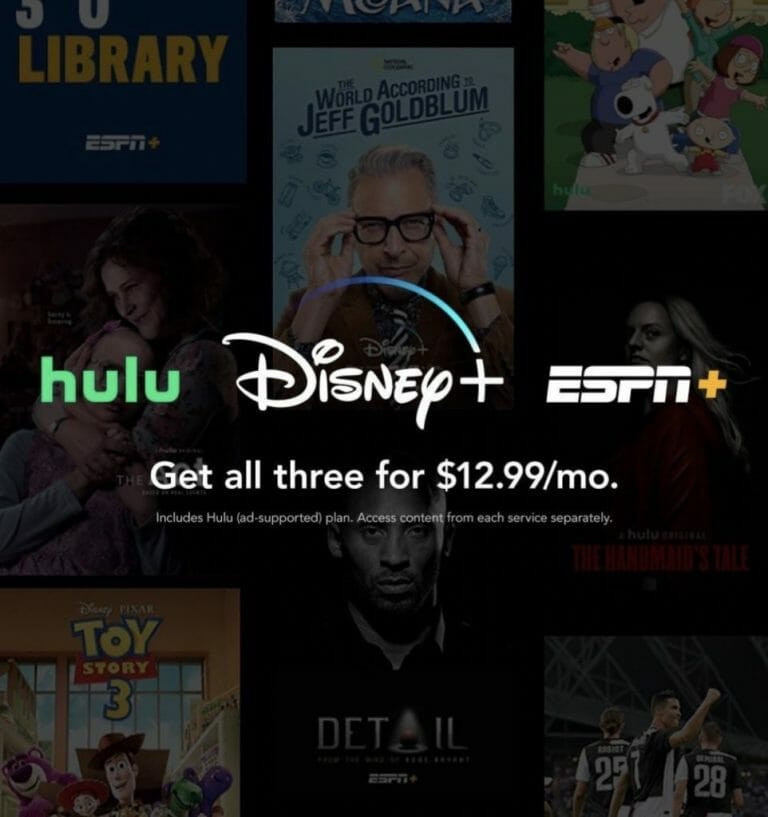 In an article that I recently published called, Monumental Sports & Entertainment: A Modern Day Media Company, I briefly hinted at the economic value of bundling products and services together. Bundling products and services at a discounted price is nothing new, but clever marketers are now forced to experiment with brand new product combinations in hopes of satisfying evolving consumer needs. The bundle that I had specifically referred to is produced by MSOs (multi-system operators) like Comcast, Time Warner, AT&T, and others. At a high level, these companies offer ‘triple-play’ bundles that include cable television service, telephony, and wireless or hardline internet. Within that bundle lives a cable service which distributes a different bundle full of hundreds of video channels. Receiving this many networks in a bundle is awesome because it delivers a lot of premium content to you for a very reasonable monthly price. But there’s a lot more to the economics of a bundle than just how many networks are delivered to your television set. Nowadays, the cable bundle faces increasing pressure from cord-cutting as we witness more and more younger customers curate their own bundle of services as opposed to opting into the pre-selected bundle offered by cable. We’re even seeing the first attempts at re-bundling services for a new digital era. There’s a lot going on here, so let’s break some of this down further so we can understand what’s really happening.

To start, the traditional cable bundle that’s been delivered to consumers for years is, and always has been, a great value for customers. To receive literally hundreds of networks for less than $100 per month is actually a pretty terrific offer. On a channel by channel basis, you’re paying tens of cents per network on average. It’s true: some networks receive more cents than others (or even a few dollars more) based on the value of their programming. You can imagine that sports networks receive more in monthly fees (called carriage fees) than other networks that might not have programming that’s quite as popular as live sports programming. Receiving such minimal monthly payments probably doesn’t appear to be that great of a business on the surface if you’re a network either until you realize how large the subscriber base is, which in most cases is in the millions on a local basis and in the tens of millions on a national basis. The size of the subscriber base enables cable companies to attract many networks into their bundle at a low monthly rate per subscriber. As a result, you as a consumer receive more highly produced (read: expensive to produce) programming for far less than what it would normally cost you if it was delivered to you in a DTC (direct-to-consumer) format.

What you pay for an individual network within a cable bundle is far less than the $13.99 or $15.99 per month that you may pay for Netflix, an unbundled DTC service. So what’s going on here? Why are so many people saying that a cable subscription isn’t a worthwhile product offering and opting for DTC subscription services instead? Well, not everyone wants hundreds of channels. Perhaps they only actually watch ten channels or less. Sound like a familiar story to you? In this case, you may want to look at the newest video phenomenon of the last few years: the introduction of the skinny bundle brought to you by new vMVPDs (virtual multichannel video programming distributors). Who are the vMVPDs? They’re companies like Sling TV, Hulu Live, YouTube.TV, Fubo TV, DirecTV NOW, and more. These providers are offering a reduced number of channels (a smaller video bundle) for a reduced price compared to that of a cable subscription. Some of these services used to be priced between $20 and $30 per month. In the past twelve to eighteen months however, these services have shifted from subscriber acquisition mode (featuring lower prices to attract more acquisitions) to business rationalization mode, which has prompted them to generally raise prices to anywhere between $30 and $50 per month. A lot of questions remain about the future of the skinny bundle, but it is so far proving to be a quickly growing alternative to subscribing to a complete cable package. Plus, subscribing to a skinny bundle typically still allows you to watch live local sports too. And we know how valuable and in-demand live local sports are today.

Then there are the cord-cutters who have shunned the economic value of the bundle because they instead value the opportunity to curate their own bundle by subscribing to a variety of DTC SVOD (subscription video on-demand) services online via their computer, tablet, smartphone, OTT stick, or Smart TV. These consumers also believe that they’ll receive exactly what they want for an ultimately lower price. These DTC services include brands like Netflix, Hulu, Disney +, ESPN +, Monumental Sports Network, Amazon Video, and more. Each of these services offer their own exclusive content as well as licensed programming that might be distributed by other platforms as well. Frankly, each of these services are offering really great video, making them all quite attractive to subscribe to today. But once you subscribe to all of them, aren’t you virtually paying nearly the same amount that you would be for a cable subscription? Uh oh…how’d that happen?

That’s why I think, quite ironically, we are going to see a re-bundling that takes place amongst these DTC SVOD platforms. Leave it to a content powerhouse with multiple services & brands like Disney to lead the way. Last week, I received an ad on my Instagram feed for a Disney bundle that included Hulu, Disney +, and ESPN + for $12.99 per month. A pretty great deal actually! I can get original entertainment and live sports for an affordable monthly price. Separately, these services might cost me around $6.99 or $7.99 per month, so this bundle really does provide a great value.  This bundle isn’t a complete package however. I’ll still have to subscribe to other services as well to get close to what I receive now from my cable subscription. But it’s not bad.

Why stop with just video though? I’m always amazed by what’s included in the Amazon Prime bundle: shipping, video, discounts at Whole Foods, music, more? At Monumental Sports Network, we’ve tried to bundle together our live video, on-demand video, monthly experiences, and a merchandise discount at our team store. As part of our season ticket member packages for Capitals and Wizards fans, we include great additional offerings including a complimentary subscription to Monumental Sports Network, exclusive merchandise items, special events, and more. One day, could we bundle in a cable subscription into our ticket packages so you can watch all Caps and Wizards games on TV too? It’s possible!

We’ve definitely seen many different types of packages receive traction with customers and fan alike, but I still like to believe that there is an ultimate bundle out there that’s waiting to be constructed. The Amazon Prime bundle is probably the closest thing to it that we have today, but its missing live sports, experiences, and a lot of IP. It doesn’t stop there though. Perhaps in the future, I may want to bundle my live game programming with an alternate gaming broadcast and advanced, real-time data metrics. Perhaps others would prefer to bundle in an alternative feed of a game that features commentary from their favorite YouTube influencer or a special view from a particular camera angle? Would customers pay for an upsell for some of these unique video enhancements? Instead of a personalization engine guessing what experiences users want to see, are businesses better off upselling these features in a more explicit manner for people to consume? You can see that the idea of bundling can lead to lots of different questions here but they should all be driven by unique user personalization. I’m curious, what would be in your bundle if you could construct your own today?

This is the marketer’s challenge. The opportunity as we see it is to address both the consumer who is sitting back and waiting for change, as well as the ones leaning forward almost at the same time. It’s why we are investing in alternate feeds for broadcasts, in complimentary streaming services, in inventive new camera angles during live games, in programming focused on esports and sports gaming, and in figuring out how it can be packaged in a way that makes the most sense. We try our best to think every day about the future of media consumption and how best to work with our various partners to produce the most desired solution.

What’s the best way for us to accomplish this? We need to listen and watch what our fans are doing today. There has never been a time when programming has been more valuable, and there has never been a time when consumers have had more choice. No matter what the future of the bundle looks like, sports are highly likely to play a leading role. It’s both exciting and challenging. But mostly it’s hard to predict. 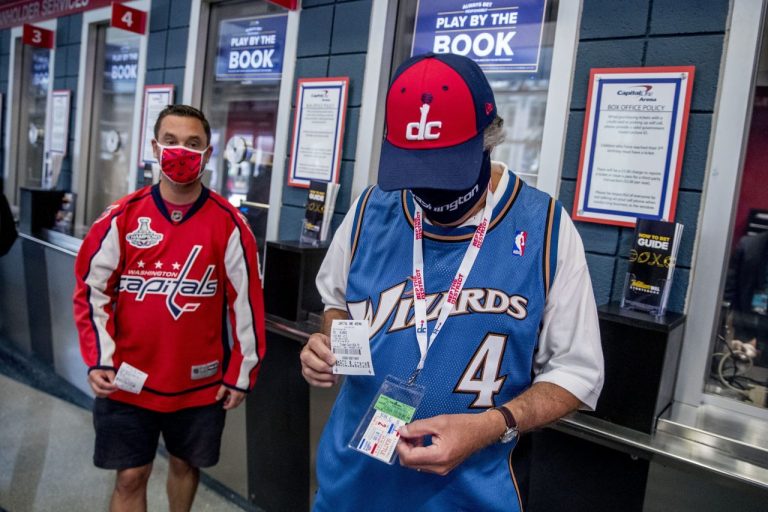 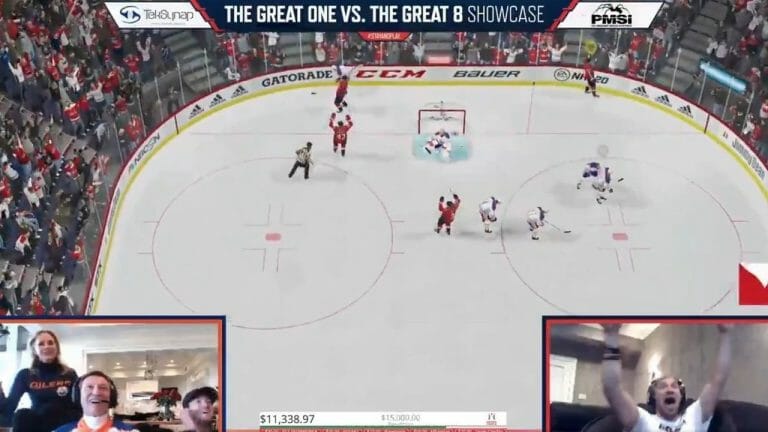