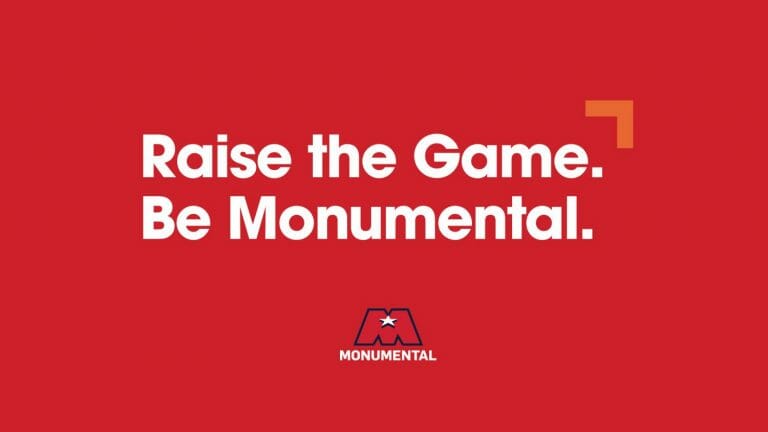 Monumental Sports & Entertainment (MSE), one of the largest integrated sports and entertainment companies in the country, today launched a new brand campaign themed, ‘Raise the game. Be Monumental,” to raise awareness of the Monumental brand amongst local fans and the broader D.C. business community. The new branding effort features the launch of a new and improved company website (www.monumentalsports.com) and new advertising campaign.

The campaign positions Monumental as America’s leading sports and entertainment family and explores the ways in which the company is raising the game in sports and entertainment by delivering extraordinary experiences, inspiring fans and the entire D.C. community. The engaging new creative will be featured in a series of print ads, the first of which debuts today in the Washington Post, as well as additional assets across other advertising channels.

“This campaign is a call-to-action centered on the idea that when we raise our game, we become monumental and deliver extraordinary experiences that will inspire and unite our community, our fans and our people,” said Ted Leonsis, founder, chairman, principal partner and CEO, Monumental Sports & Entertainment. “Our new tagline speaks to who we are and what’s unique about our organization and how our people, our teams and our community come together to innovate, to lead and to inspire.”

Monumental also announced today the launch of a new social impact strategy that seeks to make true, measurable impact in the community. Monumental recognizes there are extraordinary organizations in the community who have the blueprint for success on issues for which they advocate. To amplify their efforts, Monumental will utilize the broad-reaching platforms of its teams and its players to shine a light on a different organization each month and tell the story of how they are raising the game for those they serve. Monumental will encourage fans to join in this support, helping to multiply the impact, by bringing together all their fans and their resources to focus on one singular cause for the entire month.

MSE Foundation will make a monthly grant to each organization and will encourage employees, players and fans to get involved in new ways by engaging in volunteer activities, amplifying key messages, learning about community change agents, committing time and monetary donations. At the end of each month, Monumental will report to fans and the community the impact they’ve had resulting in increased participation, monies raised and total media impressions.

About Monumental Sports & Entertainment:
Monumental Sports & Entertainment (MSE), located in Washington, DC, is one of the largest integrated sports and entertainment companies in the country with one of the most diverse partnership groups in all of sports. MSE owns and operates five professional sports teams, including the 2018 NHL Stanley Cup Champion Washington Capitals, NBA’s Washington Wizards, WNBA’s Washington Mystics, NBA G League’s Capital City Go-Go and NBA 2K League’s Wizards District Gaming. The company is one of the principal investors in the Arena Football League (AFL) and operates the AFL’s 2018 ArenaBowl Champion Washington Valor and Baltimore Brigade. The company is also co-owner of aXiomatic, which has controlling interest in global esports franchise Team Liquid, and owns and operates Capital One Arena in Washington, DC. MSE also manages MedStar Capitals Iceplex, the state-of-the-art training facility for the Capitals and EagleBank Arena on George Mason University’s campus. In conjunction with the District of Columbia and Events DC, MSE worked to establish the new Entertainment and Sports Arena in Southeast DC on the St. Elizabeths East campus that opened in September 2018. The Entertainment and Sports Arena is the home of the MedStar Wizards Performance Center, the state-of-the-art training facility for the Wizards, Go-Go and Mystics, and a 4,200-seat arena which serves as the new home of the Mystics and Go-Go. MSE also co-owns and operates Monumental Sports Network (MSN) with the NBC Sports Group. MSN is the mid-Atlantic region’s top destination for exclusive fan experiences and original sports content across desktop, tablet, mobile and OTT streaming devices. For more information, visit www.monumentalsports.com.