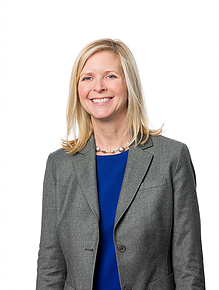 WASHINGTON, D.C. (June 27, 2019) — Monumental Sports & Entertainment (MSE), one of the largest integrated sports and entertainment companies in the country with one of the most diverse partnership groups in all of sports, announced today the promotion of Abby Blomstrom to executive vice president and general counsel, effective immediately. Ms. Blomstrom will report directly to Ted Leonsis, founder, chairman, principal partner and chief executive officer of MSE.

Randall Boe, who previously served as executive vice president and general counsel at MSE, has been named commissioner of the Arena Football League (AFL). Mr. Boe will report directly to the AFL’s Board of Governors.

“Randy has been with me since the 1990s at AOL. He has been an integral member of MSE’s executive team and helped me launch MSE in 2010. He is a dynamic and intelligent executive and brings to the AFL an extensive and sophisticated understanding of sports, technology and media,” said Leonsis. “MSE is a major investor in the AFL and we believe Randy will help take the league to the next level. He has been an important part of our organization and he will be missed. We all wish him well at the AFL and know he’ll be a great Commissioner.”

Leonsis continued, “Abby has demonstrated strong leadership within our organization, managing all legal matters for MSE’s sports and business operations. Her valuable experience and legal expertise will continue to be a tremendous asset to our business, and I am proud to appoint her to this important leadership position.”

In her new role, Ms. Blomstrom will be responsible for all legal affairs for the organization, including strategic and commercial transactions, league matters, litigation, privacy, intellectual property and corporate governance matters. She will also continue to advise senior management on key legal and strategic matters. Ms. Blomstrom joined MSE in January 2017 and previously served as senior vice president and deputy general counsel.

Prior to joining MSE, Ms. Blomstrom served as assistant general counsel at AOL Inc. (now part of Verizon Media). She spent 12 years at AOL, leading a range of legal matters, including mergers & acquisitions, investment and corporate legal matters. While at AOL, Ms. Blomstrom managed over 65 strategic transactions in support of AOL’s growth. She began her legal career as a corporate associate, first at Latham & Watkins in Chicago, IL and subsequently at K&L Gates in Pittsburgh, PA. Ms. Blomstrom earned her undergraduate degree from Dartmouth College and her law degree from Northwestern University School of Law.

In addition to serving as the Commissioner of the AFL, Mr. Boe is an active participant in a variety of civic matters in Washington, DC, and he currently serves as a trustee on the Federal City Council and chairman on the Downtown DC BID. He previously served as executive vice president and general counsel at MSE from 2007 to 2019.During his tenure, Mr. Boe led some of MSE’s most important initiatives over the years, including the partnership with Comcast, NBC Sports Washington and the new Entertainment and Sports Arena in Southeast Washington, DC, which opened in September 2018. Prior to joining MSE, he served as executive vice president and general counsel at America Online. Mr. Boe holds a B.A. from the University of Wisconsin-Madison and a law degree from the University of Pennsylvania.

Monumental Sports & Entertainment (MSE), located in Washington, DC, is one of the largest integrated sports and entertainment companies in the country with one of the most diverse partnership groups in all of sports. MSE owns and operates five professional sports teams: the NBA’s Washington Wizards, NBA G League’s Capital City Go-Go, NBA 2K League’s Wizards District Gaming, the 2018 NHL Stanley Cup Champion Washington Capitals and the WNBA’s Washington Mystics. The company is one of the principal investors in the Arena Football League (AFL) and also operates the 2018 ArenaBowl Champion Washington Valor and the AFL’s Baltimore Brigade. The company is also co-owner of aXiomatic, which has controlling interest in global esports franchise Team Liquid, and owns and operates Capital One Arena in Washington, DC. MSE also manages MedStar Capitals Iceplex, the state-of-the-art training facility for the Capitals and EagleBank Arena on George Mason University’s campus. In conjunction with the District of Columbia and Events DC, MSE worked to establish the new Entertainment and Sports Arena in Southeast DC on the St. Elizabeths East campus that opened in September 2018. The Entertainment and Sports Arena is the home of the MedStar Wizards Performance Center, the state-of-the-art training facility for the Wizards, Go-Go and Mystics, and a 4,200-seat arena which serves as the new home of the Mystics and Go-Go. MSE also co-owns and operates Monumental Sports Network (MSN) with the NBC Sports Group. MSN is the mid-Atlantic region’s top destination for exclusive fan experiences and original sports content across desktop, tablet, mobile and OTT streaming devices. For more information, visit www.monumentalsports.com.

The Arena Football League (AFL) enters its 32nd season in 2019. Since its inception in 1987, the AFL showcases a fast-paced, exciting game to millions of fans in a myriad of markets. With the addition of two new teams in Atlantic City, NJ, and Columbus, OH, the League totals six teams for 2019: Albany, Atlantic City, Columbus, Baltimore, Philadelphia and Washington DC. Each team will play 12 regular-season games in 2019. One can find the League on Instagram, Twitter and Facebook using the handle @OfficialAFL.